Kingdom of his people (>Paradise)

Acts 7:52
Name one prophet your ancestors didn’t persecute! They even killed the ones who
predicted the coming of the Righteous One—the Messiah whom you betrayed and
murdered.

Jeremiah 23:25
“I have heard these prophets say, ‘Listen to the dream I had from God last night.’ And
then they proceed to tell lies in my name.

Matthew 10:16-18
“Look, I am sending you out as sheep among wolves. So be as shrewd as snakes and
harmless as doves. But beware! For you will be handed over to the courts and will be
flogged with whips in the synagogues.  You will stand trial before governors and
kings because you are my followers. But this will be your opportunity to tell the rulers
and other unbelievers about me.

“Then you will be arrested, persecuted, and killed. You will be hated all over the world
because you are my followers.  And many will turn away from me and betray and hate
each other. And many false prophets will appear and will deceive many people.

Revelations 13:16-17
He required everyone—small and great, rich and poor, free and slave—to be given a
mark on the right hand or on the forehead. 17 And no one could buy or sell anything
without that mark, which was either the name of the beast or the number
representing his name.

Revelations 14:1-12
Then I saw the Lamb standing on Mount Zion, and with him were 144,000 who had
his name and his Father’s name written on their foreheads. 2 And I heard a sound
from heaven like the roar of mighty ocean waves or the rolling of loud thunder. It was
like the sound of many harpists playing together. 3 This great choir sang a wonderful
new song in front of the throne of God and before the four living beings and the
twenty-four elders. No one could learn this song except the 144,000 who had been
redeemed from the earth. 4 They have kept themselves as pure as virgins,  following
the Lamb wherever he goes. They have been purchased from among the people on
the earth as a special offering to God and to the Lamb. 5 They have told no lies; they
are without blame. 6 And I saw another angel flying through the sky, carrying the
eternal Good News to proclaim to the people who belong to this world—to every
nation, tribe, language, and people. 7 “Fear God,” he shouted. “Give glory to him. For
the time has come when he will sit as judge. Worship him who made the heavens, the
earth, the sea, and all the springs of water.” 8 Then another angel followed him
through the sky, shouting, “Babylon is fallen—that great city is fallen—because she
made all the nations of the world drink the wine of her passionate immorality.” 9 Then
a third angel followed them, shouting, “Anyone who worships the beast and his statue
or who accepts his mark on the forehead or on the hand 10 must drink the wine of
God’s anger. It has been poured full strength into God’s cup of wrath. And they will be
tormented with fire and burning sulfur in the presence of the holy angels and the
Lamb. 11 The smoke of their torment will rise forever and ever, and they will have no
relief day or night, for they have worshiped the beast and his statue and have
accepted the mark of his name.” 12 This means that God’s holy people must endure
persecution patiently, obeying his commands and maintaining their faith in Jesus.

Ephesians 1:13
And now you Gentiles have also heard the truth, the Good News that God saves you.
And when you believed in Christ, he identified you as his own[a] by giving you the Holy
Spirit, whom he promised long ago.

The seal vs. the mark

a.  “Do not harm the land or the sea or the trees until we put a seal on the foreheads of the servants of our God.”
4 Then I heard the number of those who were sealed: 144,000 from all the tribes of Israel. Rev, 7,3

b.  so that they could not buy or sell unless they had the mark, which is the name of the beast or the number of its name. Rev. 13,17

Abomination vs. the real sacrifice

a. Dan 9,27 He will confirm a covenant with many for one ‘seven.’ In the middle of the ‘seven’ he will put an end to sacrifice and offering. And at the temple he will set up an abomination that causes desolation, until the end that is decreed is poured out on him.”

b. Rom. 12, 1-2. A Living Sacrifice
1 Therefore, I urge you, brothers and sisters, in view of God’s mercy, to offer your bodies as a living sacrifice, holy and pleasing to God—this is your true and proper worship.
2 Do not conform to the pattern of this world, but be transformed by the renewing of your mind. Then you will be able to test and approve what God’s will is—his good, pleasing and perfect will.

Salvation by humans vs. salvation through God.

a. Jer. 17, 5, 5 This is what the Lord says: “Cursed is the one who trusts in man, who draws strength from mere flesh and whose heart turns away from the Lord.
6 That person will be like a bush in the wastelands; they will not see prosperity when it comes. They will dwell in the parched places of the desert, in a salt land where no one lives.

b.  Jer. 17, 7“But blessed is the one who trusts in the Lord, whose confidence is in him.
8 They will be like a tree planted by the water that sends out its roots by the stream. It does not fear when heat comes; its leaves are always green. It has no worries in a year of drought and never fails to bear fruit.”

Kingdom of people vs. the kingdom of God

Mt 23,37 “Jerusalem, Jerusalem, you who kill the prophets and stone those sent to you, how often I have longed to gather your children together, as a hen gathers her chicks under her wings, and you were not willing. 38 Look, your house is left to you desolate. 39 For I tell you, you will not see me again until you say, ‘Blessed is he who comes in the name of the Lord.”

Wisdom of people vs. truth of the bible 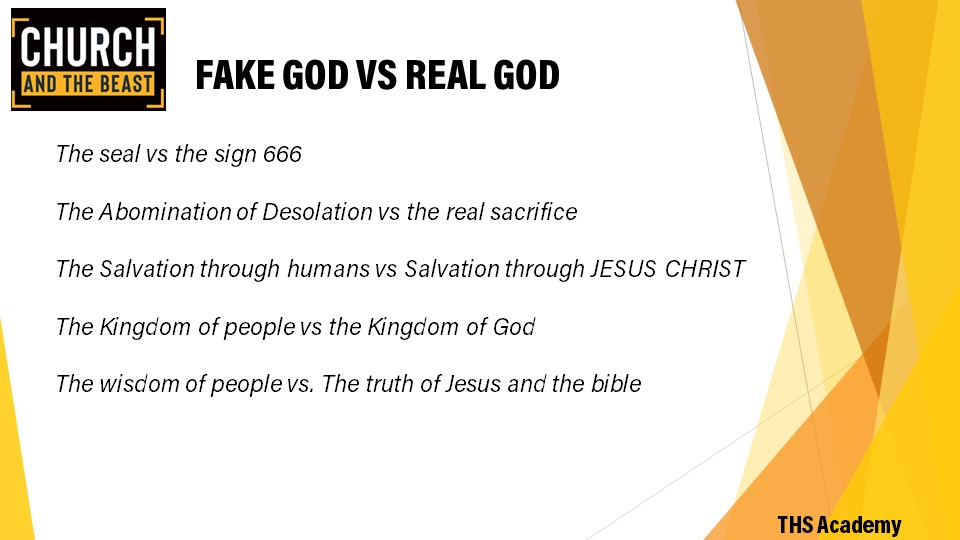 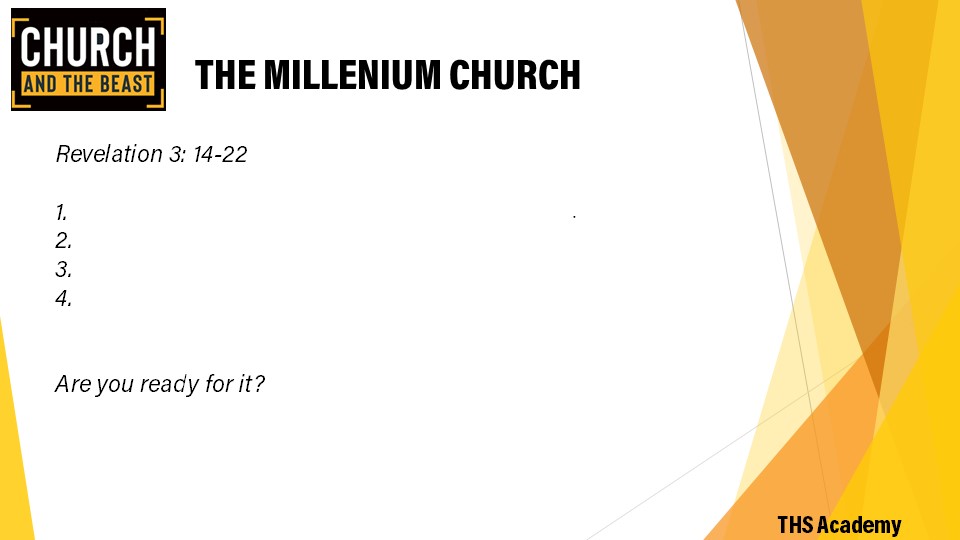 Previous Lesson
Back to Course
Scroll To Top